We are pleased to be selling a select group of titles from US press Dragonwell Publishing. 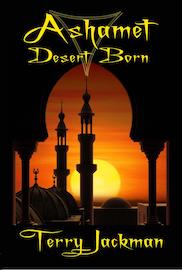 On a desert world a warrior nation worships its emperor as a god. But for Ashamet, its prince, the future is filled with danger…

Ashamet is confident his swordsmanship, and his arranged marriage, will be enough to maintain the empire’s peace. But when a divine symbol magically appears on his arm, closely followed by an attempt on his life, he no longer knows who to trust. Worse, the strange attraction he feels toward a foreign slave could be another trap. As events unravel, too fast, Ashamet must find out if this innocent young male is a tool for his enemies–or the magic key to his survival.

Mistress of the Solstice by Anna Kashina 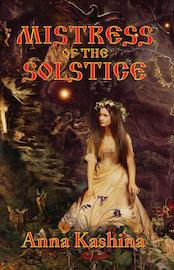 THE DARK ESSENCE OF RUSSIAN MYTH

As the head priestess of the ancient Solstice cult, Marya must sacrifice a virgin every year. She copes with this gruesome duty by assuming a mask of cold detachment, as her father—the evil tzar Kashchey—devours the maidens’ souls to maintain his youth and power. It is his power alone that keeps Marya’s kingdom safe from all enemies—or so she was raised to believe.

When Ivan arrives on a quest to stop the virgin sacrifices, Marya throws all her magic against him. To maintain her life—and that of her father—she must destroy Ivan before he completes his quest. But can she find it in her heart to do so?

Baba Yaga, Leshy, Vodyanoi, and the ancient animal deities come alive in this beautifully crafted romantic story that will take you into the authentic world of Russian fairy tales—with a dark, sensual twist.

Once Upon A Curse anthology 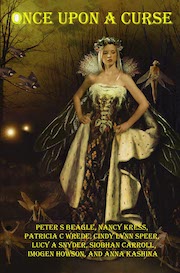 Fair maidens, handsome princes, witches, and fairy godmothers all show their dark and dangerous side in this anthology inspired by myths and fairy tales, retold by some of the best authors in this generation and by some upcoming new talents. Told with a dark twist, focused on the lure of the gorgeous evil, this collection will take the readers on a wild ride through magical realms of Ancient Greece, old Russia, medieval Europe, and modern day America. 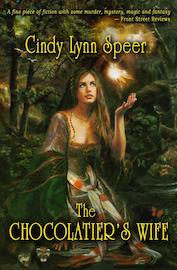 When Tasmin’s betrothed, William, is accused of murder, she doesn’t doubt his innocence. She gathers her wind sprites and rushes to his home town to investigate. But as she settles in his chocolate shop, she finds more in store than she bargained for. Facing suspicious townsfolk, gossiping neighbours, and William’s own family, who all resent her kind – the sorcerer folk from the North — she must also learn to tell friend from foe, and fast. For the real killer is still on the loose – and he is intent on ruining William’s family at all cost.

All 4 Dragonwell titles: The Chocolatier’s Wife by Cindy Lynn Speer, Once Upon A Curse anthology, Mistress of the Solstice by Anna Kashina, Ashamet, Desert Born by Terry Jackman for only $99.00 including postage within Australia.

Posted under Books
Comments Off on PBB Dragonwell